Do you want to enjoy a few days of well-deserved rest after the Conference?
Here are some tips to discover the treasures of Sicily

Sicily is an island with a magical fascination, where it is possible to find traces of cultures that are thousands of years old, the result of century upon century of domination by foreign powers, at times enlightening and at times upsetting, which have left their mark on the culture and traditions of the island's inhabitants, on their physical features, their religious festivals, rites and beliefs. From Greek temples to Roman villas, cave paintings to Phoenician towers, Baroque palaces to Art-Deco villas, Roman mosaics to those of the Byzantine period, not to mention churches, cathedrals, mosques, castles and fortified farmhouses: you will need to cover hundreds of kilometres to find them but, as you do, you will have an opportunity also to discover the natural beauty of the island. You will be delighted by the vision in front of you: the blue and gold of sand dunes and the Mediterranean Sea, the black and white of snow against the volcanic rock of Etna, the green and gold of wheat fields and vines, the green of the ancient olive trees and of thorny cactus plants, the brown and dark red of the earth and parched fields. 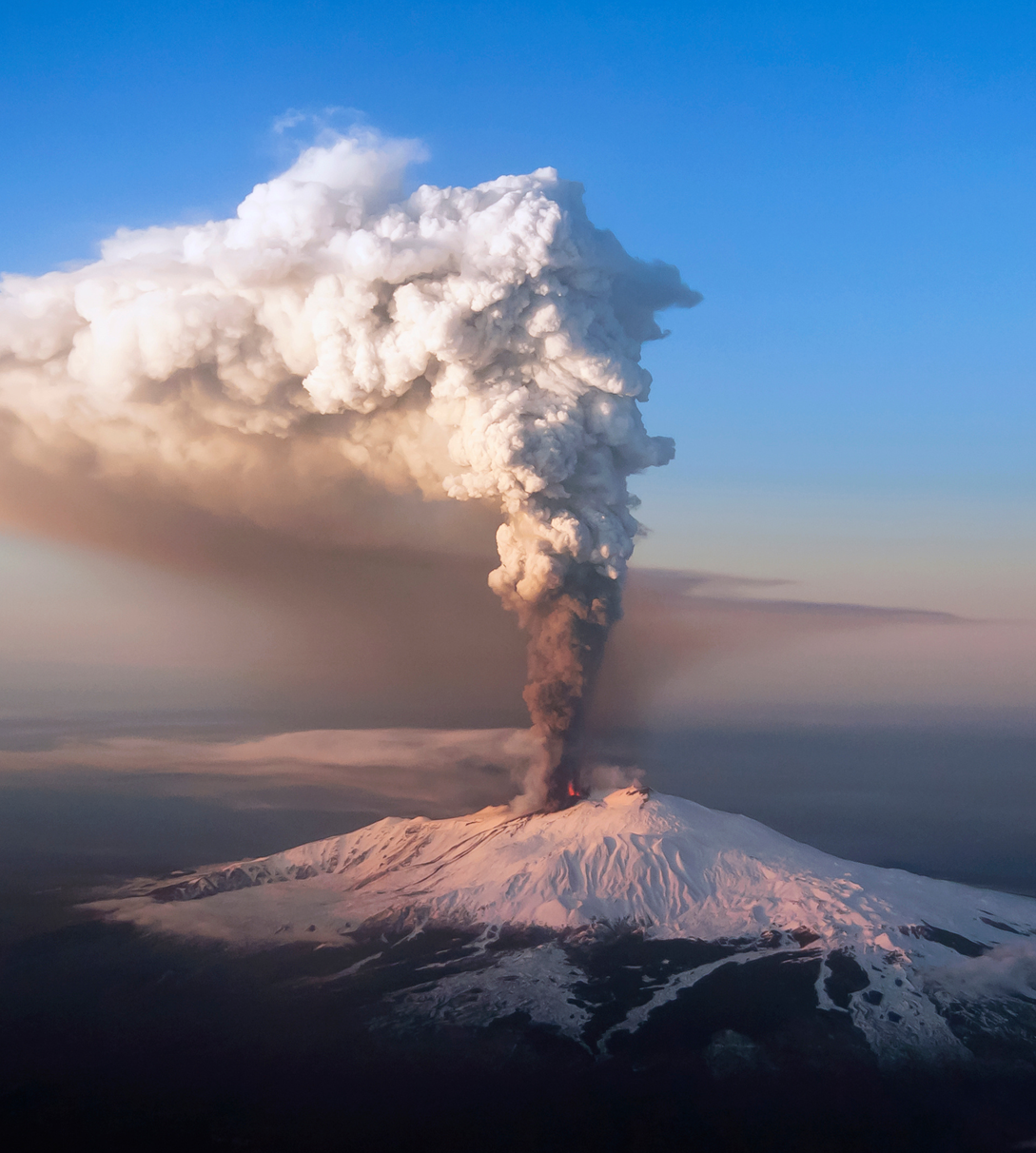 Mount Etna is the tallest active volcano in Europe. It is located in the north-east of Sicily and is the result of numerous geological events that have taken place over tens of thousands of years.
Its huge mass faces the Ionian Sea to the east and is bordered on the northern side by the Alcantara river which over time has carved out of the bed of volcanic rock enormous gorges which now form part of the nature reserve of the Gorges of the Alcantara River.
Guided tours of the craters on the summit are available with expert guides in specially-adapted 4x4 buses and off-road vehicles.

Palermo, the quintessence of Sicily, is capable of being chaotic, elegant, fascinating, secretive and a little decadant, all at the same time. The historical centre represents the typical Sicilian fusion of art, architecture and way of life on which the past invaders have left their impression. In the small streets and alleys of its huge historic centre elegant Baroque and Norman monuments stand side-by-side with arabic domes, the Byzantine street markets of the "Ballaro", "Vucciria" and "Capo" invade the populated medieval quarters of the city and some of the most important Italian brands can be found on the elegant Via Libertà in the city centre.

A visit to the city's numerous and famous monuments, churches, squares, cathedrals, villas and aristocratic residences is an absolute must: don't miss the Cathedral, the Palazzo Reale, the Cappella Palatina, the Martorana, San Giovanni degli Eremiti, the Spasimo church in the Kalsa district (the oldest district in Palermo), the church of Santa Maria della Catena, Casa Professa, the Chiesa della Magione, the Chiesa della Gancia, Palazzo Aiutamicristo, Steri, Abatellis, Chiaramonte, the Palazzina Cinese and Villa Giulia, the 19th century Botanical Garden, the Giardino Inglese, the Parco d'Orleans, the Villa Malfitano Whitaker and the city's famous squares such as Piazza Marina, Piazza delle Vergogna, the Quattro Canti, Piazza Magione, Piazza Indipendenza and Piazza Politeama. A visit of Palermo is not truly complete without a visit to Monreale: the cathedral with its Benedictine Cloisters represent one of the finest examples of Arab-Norman architecture in Sicily.

Described by Cicero as "the most beautiful of all the Greek cities", the original center of Syracuse was founded in 734 B.C. on the island of Ortigia. The reputation of Syracuse is directly related to its Greek history and at that time the city was surrounded by a fortified wall with the castle of Eurialo as its apex, a unique example of a Greek fortress which was never conquered and is still in existence. During the Roman period the city grew noticeably both in splendor and importance. Syracuse then endured a series of occupations by various powers including the Byzantines (when it became a Byzantine imperial court), the Muslims and subsequently the Normans. After the earthquake of 1693, the city underwent a new architectural renaissance and numerous churches and Baroque buildings are still standing today as evidence of the splendour of this period. 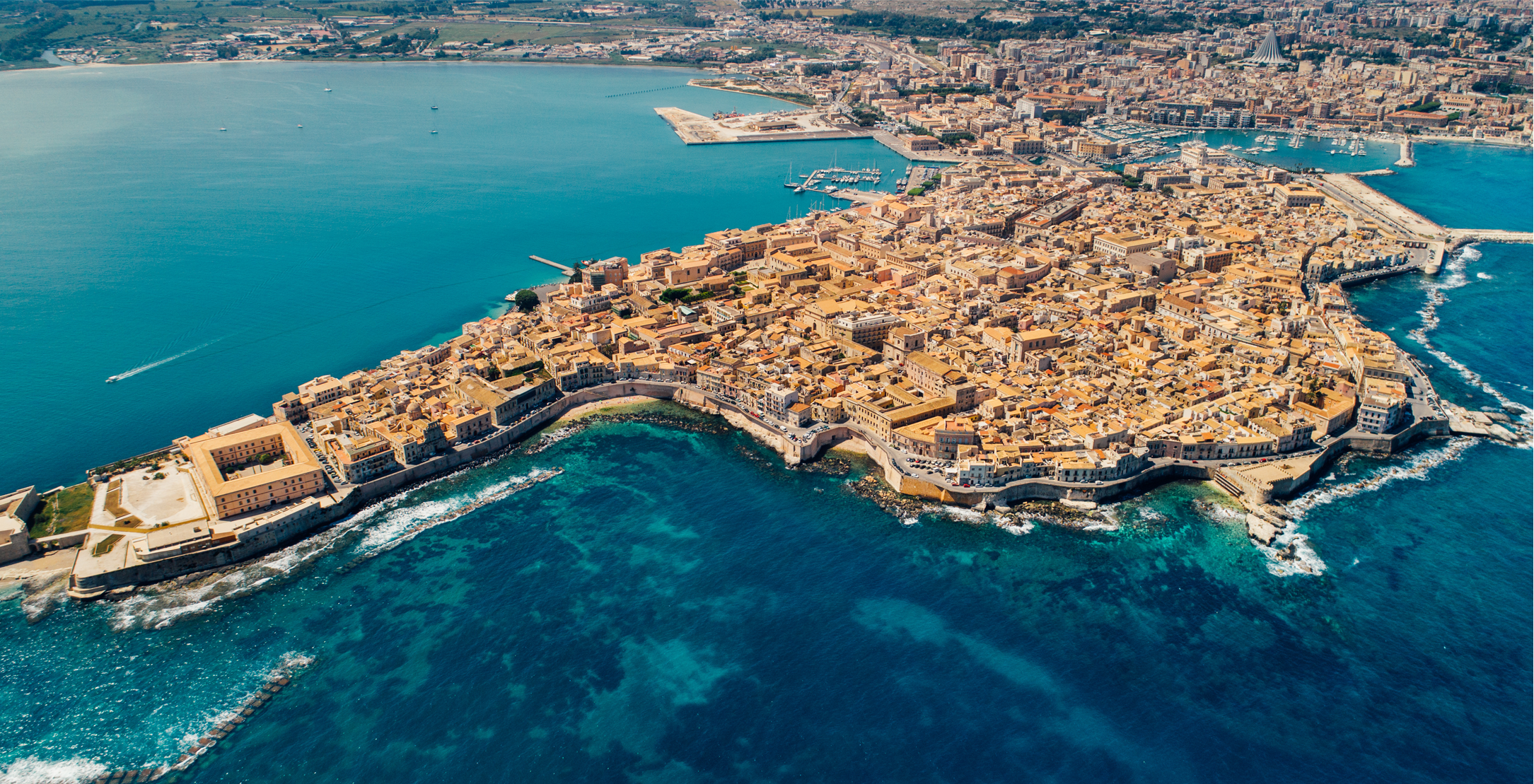 Inside the Archeological Park which covers an area of 240,000 square meters you can find the Latomie, quarries where the Greeks excavated stone for construction projects and which were subsequently used as prisons, the Ear of Dionysius, an artificial grotto with an entrance on the form of an auricle whose internal acoustic features amplify sounds as featured in the legend of the tyrant Dionysius who imprisoned his enemies here and heard their amplified words from afar. Also inside the Archeological Park you can find the Roman Amphitheatre from the third century A.D., the Greek Theatre constructed in the fourth century B.C. but which has been modified periodically over time, the Roman Gymnasium from the first century B.C. which comprised a portico, a "quadriportico" (an open space surrounded by a portico on each side), a temple and Roman Burial Grounds stretching for a distance of around 150 meters.

Valley of the Temples

The Valley of the Temples is one of the most outstanding examples of Greater Greece art and architecture and is one of the main attractions of Sicily as well as a national monument of Italy. The archaeological area of the temples, which stands just outside the modern city of Agrigento (ancient Greek Akragas), has been inserted into the UNESCO National Heritage list of locations.

A wonderful walking tour has been created which highlights the path taken from nature to culture over the centuries, and follows the splendor of the sandstone and tuff Doric temples from the original city of Akragas. Taking a walk at evening affords the vision of these majestic yellow sandstone structures as they are illuminated in the golden hues of the sinking sun. Lengthening shadows like huge dials, mark the passing of another day into the annals of history, as it melts into the dusk. 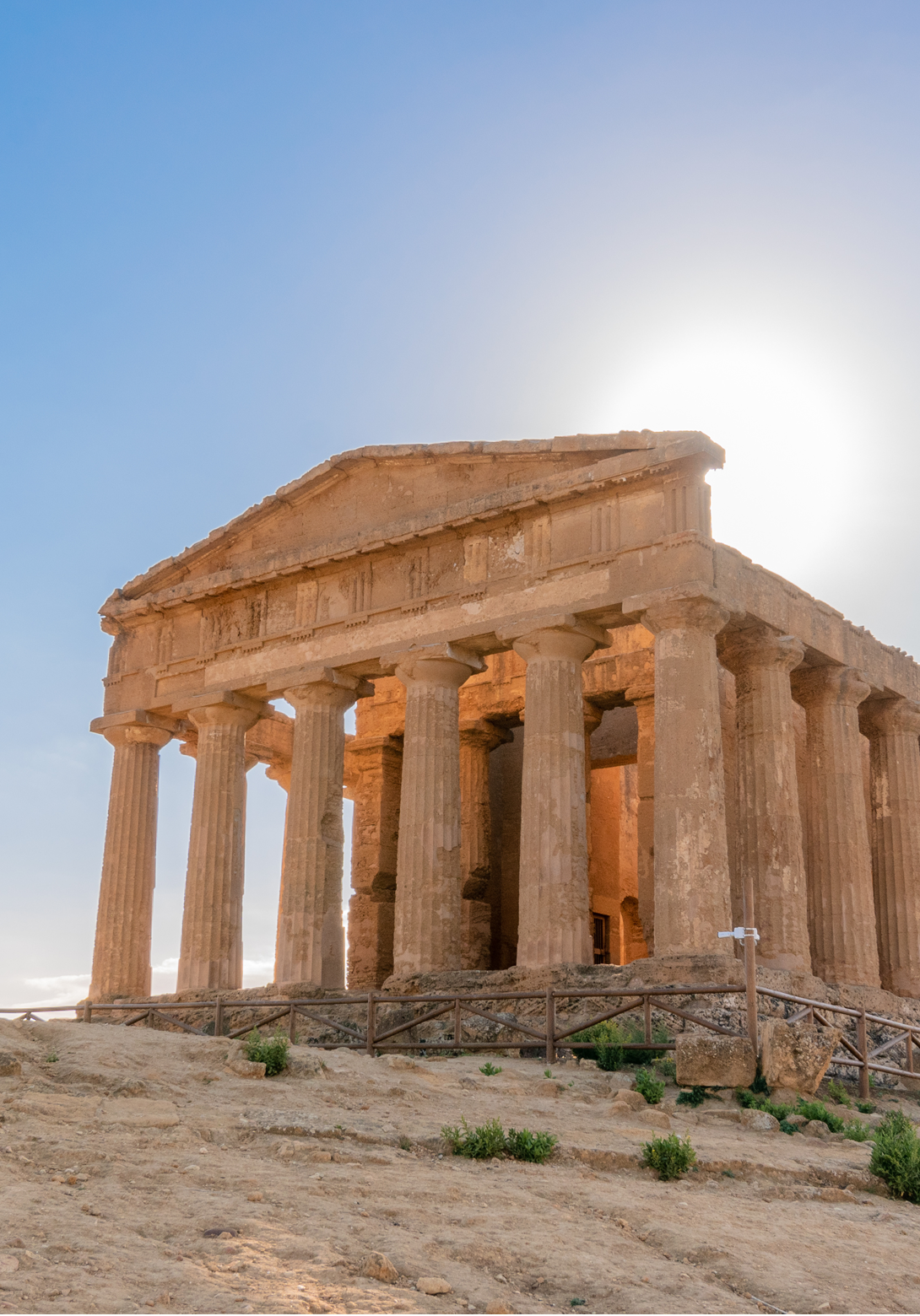 Don't miss this unique opportunity of meeting EBHC champions
and colleagues from all over the world.